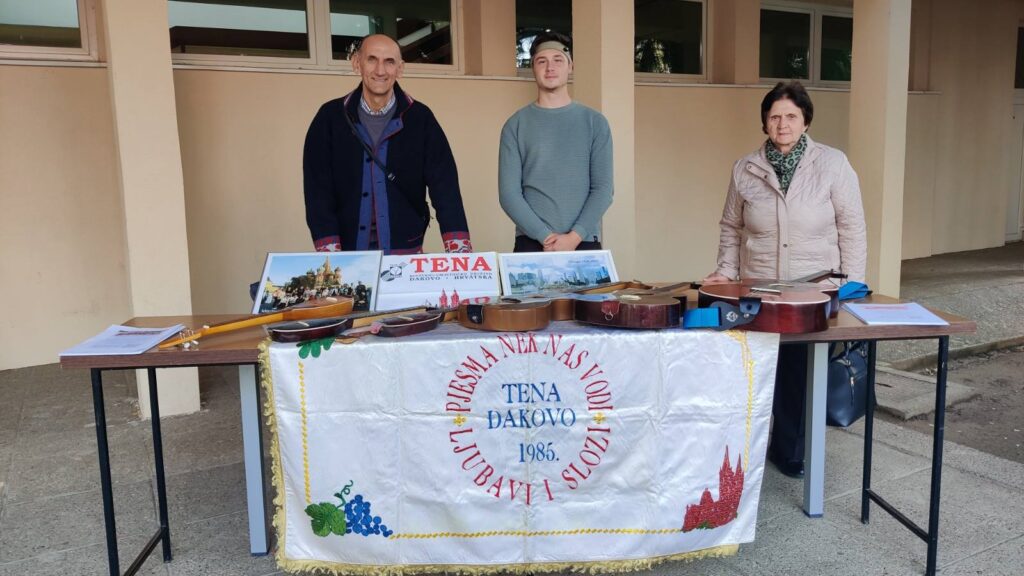 On Wednesday, October 27th, 2021, the Autumn Fair was held at the Josip Antun Čolnić Elementary School in Đakovo.

As part of the fair, which was in front of the school this year, a tamburitza school workshop was held by KUD «Tena» called «Mala škola tambure». The workshop was led by Enrih Merdić, president of CIOFF Croatia and artistic director of FA «Slavonske kraljice» and Karlo Jančo, member of KUD «Tena». Types of tambouritza were presented to the students, and they also had an opportunity to play them. «The goal of such workshops is to raise students’ interest in the tradition and cultural heritage of our region, to develop a love for tamburitza music and to get involved in the work of tamburitza schools», said prof. Ivana Bilać, organizer of this year’s Autumn Fair.

All visitors of the Fair were able to see the set exhibition entitled «Tradicijski instrumenti Hrvatske» which was created and prepared by members of the Youth Section of CIOFF Croatia. «These are 13 large posters on which a photograph of a traditional instrument and a short description are shown. In addition, there is a QR code on each poster, so you can listen to the sound of each instrument», says Merdić.

Karlo Jančo, who presented tambouritzas to interested children, says that the children reacted well to this approach and that some of them also expressed a desire to be included in the tamburitza and dance sections of KUD «Tena».