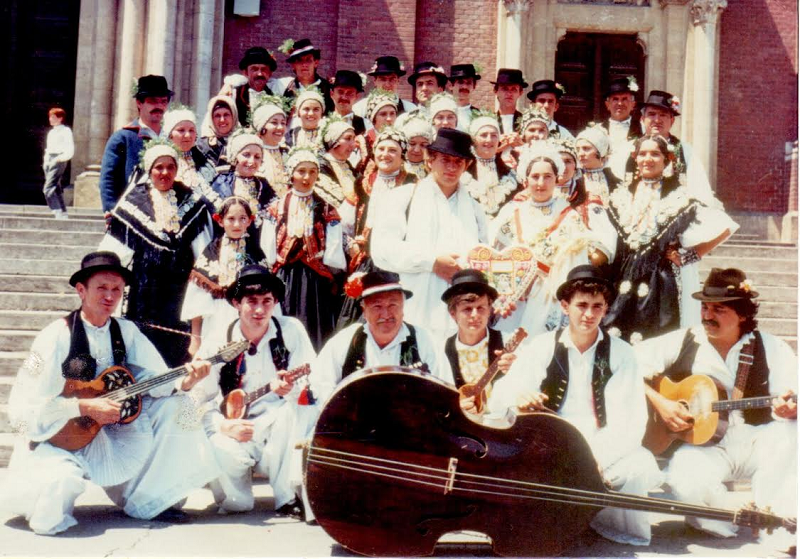 At the end of April, back in 1985, Ana Perić and Ivo Pavić visited the director of the commercial sector of the then PIK Đakovo, Zvonko Benašić, with the idea of ​​establishing a cultural and artistic society at PIK. And so it started… A pre-initiative committee was appointed, then an initiative committee, and finally, on May 21st, the Founding Assembly of RKUD PIK Đakovo was held, a society that will change its name to KUD « Tena » in the coming years, which is still proud to wear today… and a full 35 years have passed since then!

35 years, compared to some other societies, may not be a big number… but it is a number that has so many memories… beautiful moments… tours all over the world… and achieved so many awards that it is difficult to count them… in those 35 hundreds and hundreds of members have passed through « Tena’s » rooms, and they have all built a part of themselves, a part of their soul into what we have today, into what is called « Tena » today. And « Tena » is a name that is known on almost all continents… in all parts of the world… a name that every member of the initiative committee of the KUD can be proud of… every citizen of Đakovo … every Slavonian… and every inhabitant of this beautiful and diverse country!

They say that a man in his 30s is at the peak of his strength and that only then are the ‘golden years’ ahead of him. We believe that before « Tena » are the years in which they will reaffirm their world class…

Therefore, let it… let us have a happy 35th birthday!