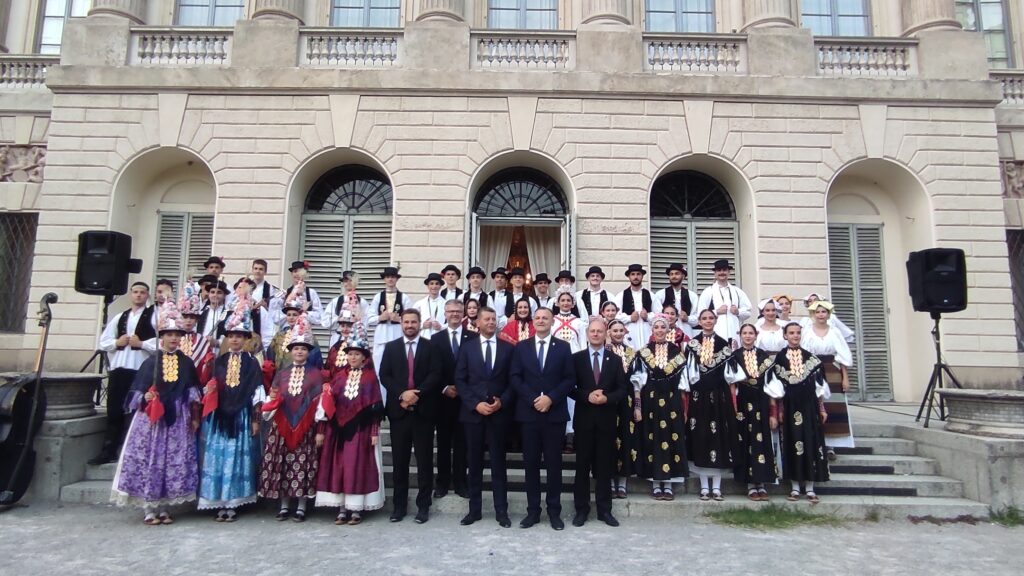 The aforementioned events were also an opportunity to promote Croatian tourist potential and sights, culture and gastronomic specialties in this Italian metropolis. The emphasis of the promotion was on the area of Slavonia and Baranja, especially Đakovo, so members of KUD „Tena“ from Đakovo participated in the program.