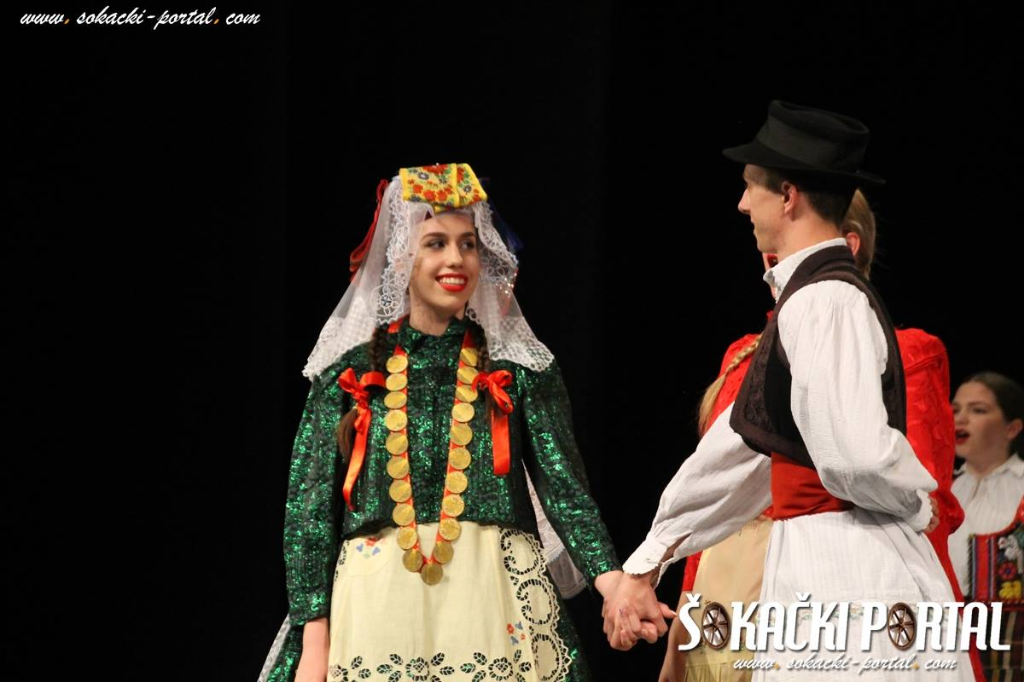 Under the motto „Tena in my heart“ in the crowded Đakovo House of Culture, KUD Tena Đakovo marked the 33rd anniversary with the annual concert of the ensemble „Slavonske kraljice“. For 90 minutes, viewers were able to enjoy an almost completely new program that the Đakovo audience was not able to see before performed by our oldest ensemble „Slavonske Kraljice“.

This year we „walked“ through Croatia, presenting the customs of Slavonia, Istria, Dalmatia, Bosnian Posavina, Pokuplje and Prigorje. Under the leadership of the artistic director dr.sc. Enrih Merdić and music director Tomislav Klasan a program was presented, that has been worked on hard for the past few months. In order for the program to be ready on time, preparations were made in Gorski kotar, where members of KUD Tena are traditionally preparing for annual concerts. The work and effort paid off, and the Đakovo audience, as always, rewarded our effort.

Thank you from the bottom of our heart.
Your KUD Tena

The pictures were taken from the Šokački Portal.
This year we were followed live by the Ethno portal via live video streaming. You can watch the video of the entire concert here: